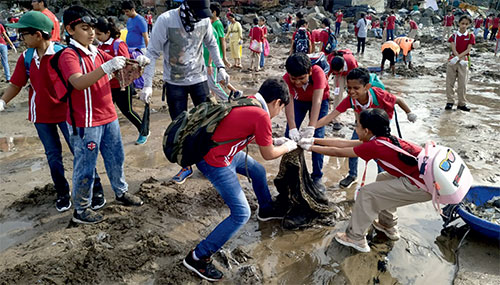 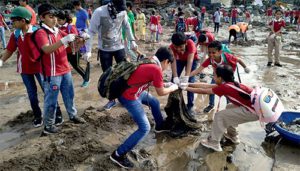 News network CNBCTV18 conducted a campaign against marine pollution and litter in association with environmental activist Afroz Shah and his foundation. The collaboration saw the broadcast channel and the foundation organize a special daylong cleanliness drive at Versova beach.

The aim of the campaign was to call out to ‘environmental superheroes’ and urge them to extend their support for cleaning beaches, and raising awareness about the irreversible damage caused by marine pollution. The initiative was further amplified via various multimedia tools that included digital, social media and broadcast. The campaign was promoted across television, social media and radio, urging people to step out and help create a cleaner environment.

Commenting on the initiative, Afroz Shah said, “Non-biodegradable waste is one of the biggest nuisances and I am glad that the younger generation is taking proactive measures towards a sustainable environment. We need an army in every city, in every area, taking responsibility and saying we care about nature.”