The Environmental Recycling System, a patented technology from Japan can effectively act on organic matter present in mixed waste. The process creates the perfect condition for high-speed multiplication of microorganisms and the rapid treatment of waste.

VARIOUS ENVIRONMENT friendly options for management of MSW are being tried out in India, but on a limited scale. These include two major areas, Waste to Energy – through gassification or bio- menthanation and Composting.

Waste to Energy is a useful method, however the cycle time for wastes to sufficiently breakdown and generate energy is around five to six days in the case of biomethanation. In addition, effective segregation is mandatory. Normal composting techniques, on the other hand, present a good outcome in the form of organic fertilizer but involve a very slow process requiring a lot of space to cope with the volumes of waste generated in our cities.

Traditionally, due to lack of proper segration, the MSW landfills are fast becoming a serious problem. Non availability of land, unscientific management leading to pollution of soil and ground water, health hazards for populations living close to dumps, generation of methane in such landfills and connected safety issues are all some of the challenges faced in with waste generated in India.

Environmental Recycling System (ERS) is a patented technology of JET Corporation, Japan. JERS Environment Technologies Pvt Ltd, Bangalore has partnered with JET Corporation to bring the technology to India. The ERS technology is a High Speed Fermentation and Drying System which can process any Organic matter with specific microbes, which are selected and multiplied from indigenous microbes found in the surrounding environment. The process creates the perfect condition for high-speed multiplication of microorganisms and the rapid treatment of waste.

The inventor of the ERS system, Dr. Shimose obtained patent in 2008, and the license to propagate the microorganisms and the apparatus that allows these microorganisms to act efficiently on organic wastes. The microbes, once seeded, remain resident in the machine thus allowing easy restart. There is no need to replace or refill after first initiation.

The ERS machine rapidly converts biodegradable MSW into compost/ fertilizer in only two to three hours depending on the nature of organic waste. It uses a process that takes place inside reactors at 60oC under vacuum. The nature of the process also eliminates or makes negligible the presence of odours associated with MSW processing through other methods. The drying of the compost within the machine substantially reduces volume and enables easy management of the waste and compost.

How it suits India

As a first priority, establishing segregation of MSW is an essential requirement in our country and to drive the cultural change that is necessary to achieve this. However, the ERS technology is specific in action on organic component in waste and is resilient to presence of plastics/PET which exit the process unchanged and is separated out through a sieving process for appropriate disposal. Hence, the ERS technology is ideally suited to the conditions in India, providing rapid conversion of waste to usable fertilizer and managing presence of unsegregated components like plastics and PET. This aspect apart from the speed of the process significantly differentiates the ERS technology from other solutions available and being deployed today.

The machine uses steam to activate and progress the fermentation process and thereafter dry the compost. Steam condensate and water used in heat exchanger type equipment are recirculated. As a result, the ERS process does not release effluent and also does not need any effluent treatment plant, making it a environment friendly solution. Power is another input requirement.

The ERS machine is compact and fully automated in routine operation. It occupies less space making it feasible to decentralize MSW processing in a city leading to much greater convenience to citizens. Decentralized processing facilitates improved aesthetics, cleanliness and hygiene conditions in the locality.

The ERS machine is compact and fully automated in routine operation. It occupies less space making it feasible to decentralize MSW processing in a city leading to much greater convenience to citizens. Decentralized processing facilitates improved aesthetics, cleanliness and hygiene conditions in the locality. Localized collection and processing of wastes, avoids the carting of such wastes to far off dumping sites. It reduces the expenditure on diesel, consequent traffic congestion, air pollution and road maintenance costs. It also minimises the contamination of ground water arising from leachates at dumping sites. Agitation of the population at large that inhabits areas around such dumping sites can also be reduced.

The process is very flexible. It has been deployed widely across South East Asia not only for MSW processing but also to process a wide variety of other problematic waste such as food processing industry waste, fish silage waste, slaughter waste, livestock farm waste, river and dam sludge, sewer sludge waste, etc. A machine can be converted from one organic waste input to  another after suitable down time and adjustment of processing conditions.

The machines have typically been deployed in 25MT per day and 50MT per day versions (input) though larger capacities are possible with suitable design changes. It is robust and operates reliably with regular but low level maintenance. Typical payback for investments in PPP mode is in the region of six to seven years using directly associated cash flows. Other efficiencies arising out of decentralization of waste processing and landfill elimination which accrue to the community at large have not been incorporated into the payback assessment. Initial plans are to import the equipment into India. The output of the plant can also be converted into briquettes for further use as fuel. However, in such cases, it is more economical If this option is deployed in ERS plants of higher capacity.

Depending on the response to the technology, JET Corporation would review the possibility of manufacture in India.

JERS Environment Technologies Pvt Ltd has deployed a demonstration plant with capacity of 4 MT per day in Bangalore at BBMP premises. It is working with BBMP and local Resident Welfare Associations to provide a proper demonstration of the technology to enable concerned authorities to take an informed decision. The demonstration plant is not automated considering the need to move it from place to place. We believe, that Bangalore, which generates MSW with organic content of approximately 2000MT per day, could potentially become astrong demonstrator of both the technology and feasibility leading to its adoption widely across the country. 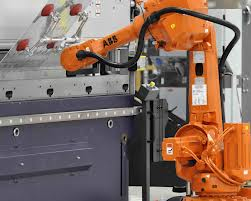