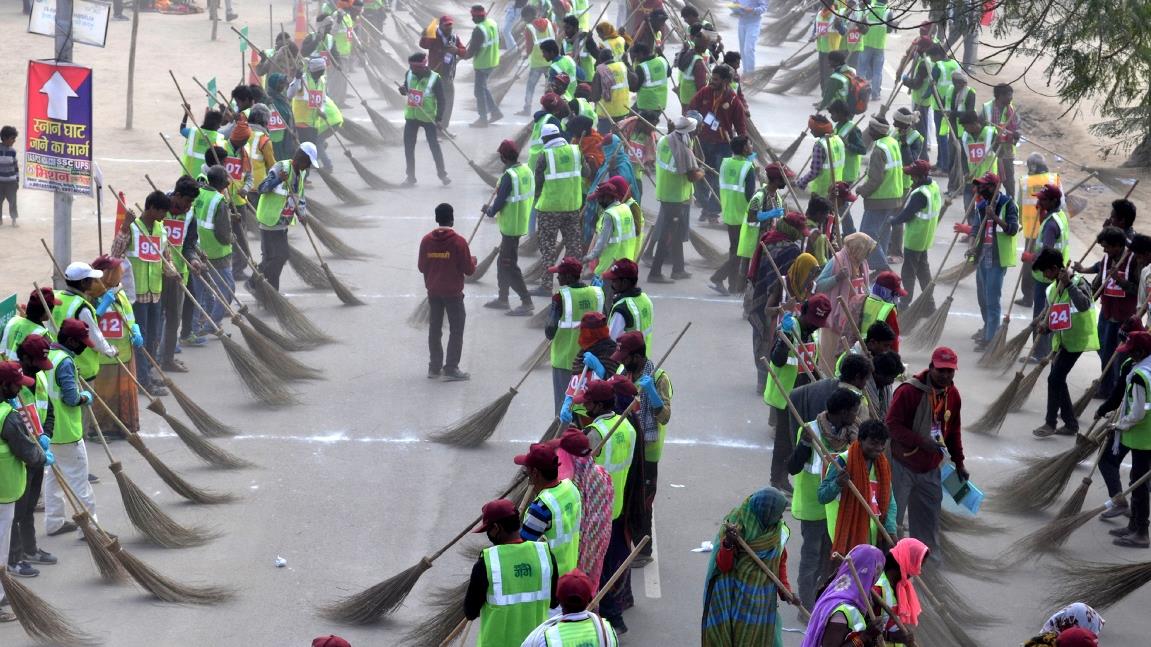 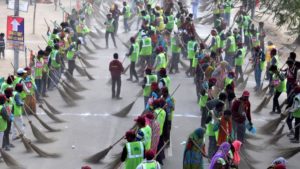 Sanitation workers in Uttar Pradesh on March 2, set a Guinness World Record, when 10,000 of them got together for a three-minute cleaning drive at Kumbh, officials said. The event was organised by the Kumbh Mela administration and the state Health Department. Health Minister and Prayagraj MLA Siddharth Nath Singh also wielded a broom along with others.

The Minister hailed the sanitation workers as the real heroes at the Kumbh, as the cleanliness drive was the highlight at the biggest religious congregation in the world. 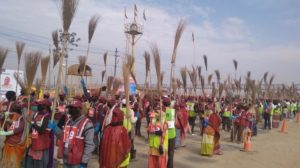 “Millions of people from India and abroad assembled at Kumbh over the past two months and everyone was impressed by the cleanliness and hygiene that you all ensured,” the Minister said.

The Kumbh, which is also recorded as the largest congregation on earth, began on January 14 and will conclude today (March 4), with the last shahi snan (royal bath) on the occasion of ‘Maha Shivratri’. 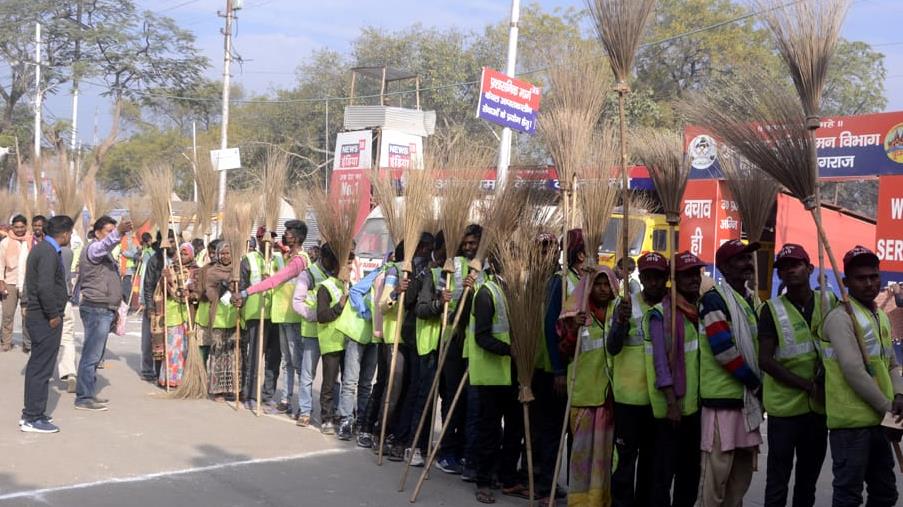 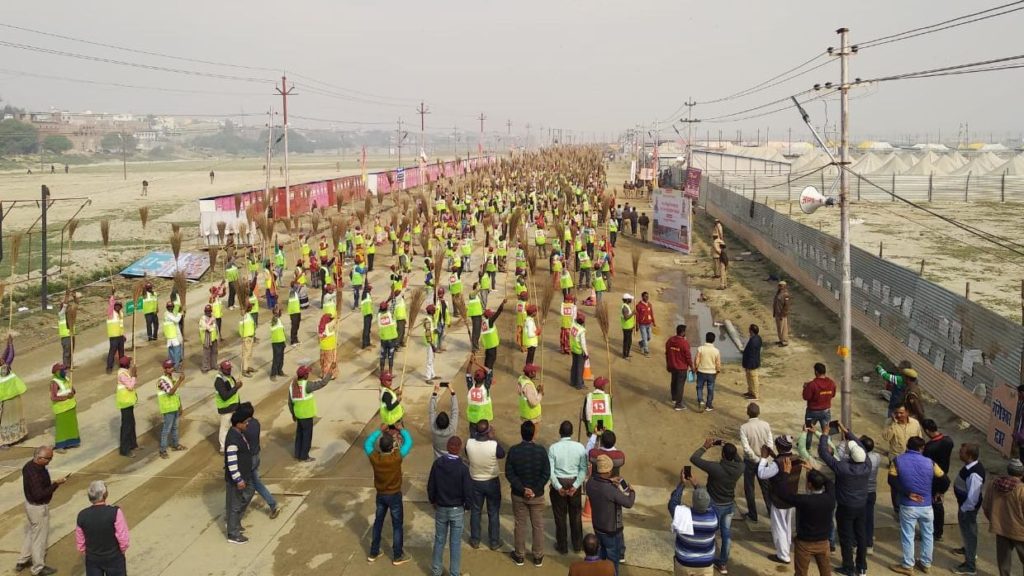