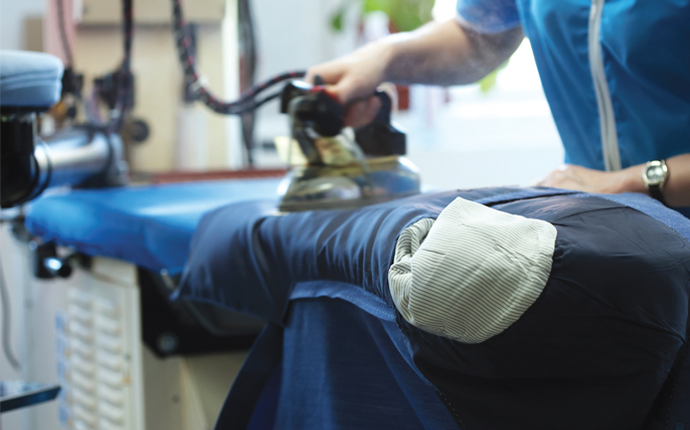 Tunnel washing is usually the most significant driver of laundry resource conservation. Tunnels reduce water, energy and wash chemistry required per pound, thanks to increased capacity and better monitoring technology. A tunnel system uses 400 to 1,200 gallons of fresh water per 1,000 pounds of linen, according to washing equipment manufacturer Girbau Industrial (Oshkosh, WI). In an OPL, the most efficient conventional washer requires 1,800 to 3,000 gallons to process this amount. Productivity in tunnels is also better: 1,500 to 3,000 pounds per machine operator hour compared with 250 to 400.

Tunnels’ built-in reuse capability achieves tremendous water savings. A typical washer fills, drains and refills vertically to provide different wash chemicals and rinses throughout a wash cycle. Linens are stationary inside the machine. In contrast, a tunnel washer drains and refills far more economically. It is a horizontal series of connected chemical and rinse baths (modules) that laundry passes through. Fresh water enters only when rinsing and flows “backwards” from later modules to earlier ones in the sequence. With the help of storage tanks, clean water is pumped to other parts of the system and used in the pre-wash or wash cycles.

A large central commercial laundry, processing one million pounds per week for hotels using a tunnel and associated water recycling system, needs as little as 0.25 gallons of water per pound, according to Rick Rone, a Bradenton, Fla. launderer who documented such savings on behalf of Avendra (Rockville, Md.), North America’s leading procurement services provider serving the hospitality and lodging industries. This usage is based upon recycling 75% of the fresh water requirement of one gallon per pound on soiled linen.

This laundry would use 250,000 gallons of water per week; a hotel OPL would use 2.5 million gallons (assuming the workload is processed in conventional machines using 2.5 gallons per pound) or 10 times the volume of water to do the exact same work.

To get an idea of cost implications, suppose an OPL using 2.5 gallons per pound processes 1 million pounds per year, paying $10 for every 1,000 gallons of water required. The bill will be $25,000 per year as opposed to $2,500 for a tunnel-equipped laundry to process the same volume. Even if such a laundry did not use recycling technology, the water cost would be only $10,000, Rone estimated.

Launderers measure fuel consumption in BTUs per 100 pounds of clean linen. Large central laundries have enough volume to justify investing in systems to recycle water and recover heat from wastewater before discharge to sewers. When a laundry recycles 65% of its water, fuel use is typically less than 2.2 per 100. Many commercial operations now report less than 2; multi-plant operations have achieved as little as 1.75.

OPLs typically do not measure fuel consumption because they either operate their laundries on a central steam system or natural gas supply not separately metered for the laundry. Most lack energy and water recovery systems, which puts their consumption runs in the 4 to 5 range. Using the one million pound OPL example at $1 per BTU for natural gas, the OPL will spend $45,000 for fuel as opposed to the outsourced laundry’s $20,000. That translates to $25,000 or $2.50 per 100 weight, easily a 100% saving.

Electricity consumption in conventional washing is about 15 kilowatt hours (KWH) per 100 weight; in tunnel washing, it’s about half of that (7.5). Again using one million pounds of production, electrical cost is likely to be half, too, at $6,000 versus $12,000, given a charge of 8 cents per KWH.

Machine economies beget labour economies. OPLs are saddled with labour costs regardless of occupancy; when hotels pay outsourced laundries on volume, these costs are avoided in proportion to lower occupancy. At a total hourly labour cost of $15 with one million pounds of annual production, a typical OPL with conventional equipment operates at labour efficiency in the 50 to 65 pounds per operator hour range. Outsourced laundries achieve about 100. That’s an annual labour cost difference of over $80,000.

These measurable costs translate to an OPL paying $13.35 more per 100 weight than an outsourced laundry. Other costs are hard to quantify but are undeniably factors. For example, OPLs tend to “short load” machines to get their work done faster, thus reducing labour and technology efficiencies. Plus, these laundries don’t have enough work to justify using modern-day material handling, soil sorting and inventory-control systems. Outsourced laundries, which must be profitable to survive, cannot afford to cut these corners.

These calculations and conclusions represent averages and generalities. An OPL can have a tunnel washer, for example. Still, there’s no question that largesse translates to increased efficiency and more favorable economics. When you promote your environmental conscientiousness to your guests and community, your efforts to mass produce should be in the spotlight as opposed to linen-reuse programs.

Such programs are impactful. According to the American Hotel & Lodging Association (AH&LA, Washington, D.C.), a 300-room hotel can reduce water usage by nearly 52,000 gallons annually when guests choose whether or not to have their linens and towels laundered during their stays. But these are only two of AH&LA’s recommended 14 “minimum” practices for running an eco-friendly operation. That means much more can be done to conserve resources.

TRSA’s 2015 survey of hoteliers and guests similarly revealed opportunities to highlight their efforts in this respect. Replies reflected room for improvement in calculating costs and better educating guests on steps hotels take (on their own or with a commercial laundry partner) to reduce their carbon footprint. The survey showed: 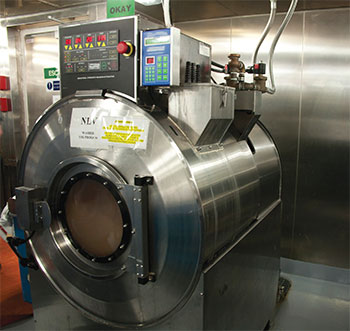 TRSA invites you to test the likelihood that outsourcing will prove more environmentally friendly and economical for you. Our OPL cost calculator, an Excel spreadsheet, familiarizes you with the expense items you need to consider in comparing options by inputting costs and other variables such as number of rooms, pounds per room and occupancy level. This triggers the calculation of laundry cost per room for both outsourcing and OPL options. You are also welcome to access our interactive reference, Using Certifications to Select Green Hospitality Suppliers, which helps you identify all kinds of providers with verified conservation practices. You’re doing your share to improve sustainability and control costs by improving your property-based practices. You should expect suppliers of the products and services you purchase to do the same.

While our Clean Green program certifies only linen, uniform and facility services operations, it provides a model for evaluating any product’s or service’s benefit to your operation’s sustainability, serving as a template for ensuring that suppliers have: 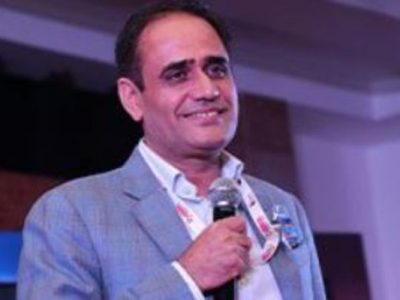 Time to relook at infection control practices for hospital linen 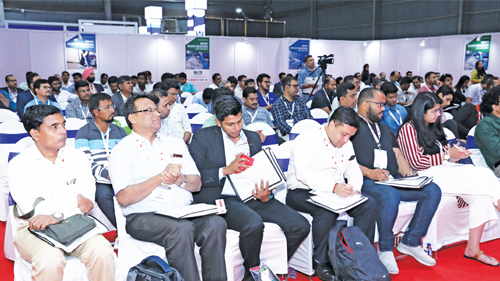