While most janitorial workers try to be conscientious in their cleaning, it is human nature not to “see” things sometimes. As a result, many areas often get missed during routine maintenance. Areas that could look sparkling, end up being merely acceptable.

Steve Bryant of Eagle Eye Services, a popular company in St. Peters, a suburb of St. Louis, said he finds a lot of areas that could be overlooked. “The biggest problem is that cleaners tend to look down, not up. One thing I’m pretty regular about is cleaning the cold air registers from the air conditioning system.”

While the air conditioning and heating system is generally left to duct cleaning companies and other experts in that field, it doesn’t take a lot of effort to brush or vacuum the dust from wall or ceiling registers. This can make a big difference in appearance. Health inspectors have been known to order a full cleaning of the duct system because employees saw filthy registers and thought perhaps the air was making them ill. A simple cleaning of the air grills can give the area a more hygienic look. Don’t overlook the areas that collect dust due to a continuous blast of air from a fan or air conditioning register. Bryant reports he had a client who was amazed at the difference when he cleaned dust from a wall that was constantly being hit with air from a ceiling fan. “The blades of the fan had to be cleaned monthly. They really collected dirt.”

Bryant also points out that it’s easy to miss areas behind a door if the door is always kept open and light fixtures tend to get overlooked when they need cleaning.

Drew Littlejohn of Littlejohn Janitorial in the Los Angeles area is a veteran cleaner of a host of commercial facilities. He finds common errors that janitors make. “The things that are the easiest to overlook are the areas that needs to be done every three or six months like washing baseboards or floorboards or washing the walls. You don’t think about it on the routine visit. So it becomes a habit not to do it.”

This failure to clean quarterly or bi-annually causes that space to deteriorate over time, but the cleaner doesn’t notice the decline because it’s so gradual. Common jobs that get overlooked are stripping and waxing the floor every six to eight months. Carpet cleaning or even cleaning heavily-trafficked or soiled spots on the carpet is overlooked. Littlejohn concurs with Steve Bryant “on most jobs, anything above eye level doesn’t get done, like the ledges above windows.”

He points out that even ordinary dusting gets omitted frequently. “It’s easy to miss dusting of window sills or picture frames. On 70-80% of the jobs I bid, I check these areas. Other janitorial companies miss this stuff and it makes it easier to sell the client on my service.”

John Smith of Lotus Cleaning in Chicago has been cleaning a wide range of facilities, including medical and commercial – and even crime scenes – for more than 22 years. “No question,” said Smith. “The number one thing that clients complain about is that the cleaner failed to remove a spider web or cobweb. For some reason, people see them but just move right past them.”

Another area he mentioned is behind machinery or other equipment. In food establishments or other facilities where food or materials are handled, it is common that pieces and particles fall behind things and never get cleaned up. This can even happen in an office setting and can be a health or fire hazard as well an eyesore.

Washrooms are a hotbed of bacteria and viruses as well as odours. Toilet handles, railings and faucet knobs should not be overlooked but often are. Cleaners frequently fail to clean the bottom of the urinals where a lot of dripping can occur. They forget to get behind toilets, a particular necessity in men’s bathrooms.

Medical facilities, said Smith, are germ factories, too, and need special care. “I clean door knobs and places where people put their hands on doors to open them. I even clean the arms of chairs, clipboards and pens because one of the most common ways to transmit viruses is through touching.”

In a competitive marketplace, nothing sells quite as well as excellent service and being thorough in cleaning not only makes good business sense. It makes it much less likely that you’ll get that call from a client, saying, “you missed a spot.” 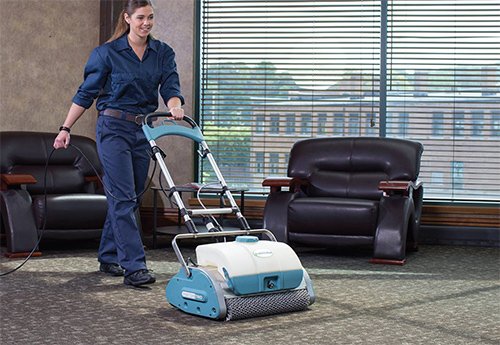 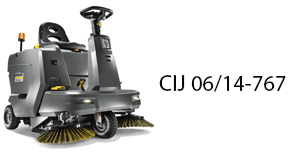