Indian Oil Corporation recently launched LPG-powered iron box that could replace the charcoal-fired iron box. The 5kg LPG cylinder attached iron box would be cost-effective for those who press clothes on pushcarts on road sides and shops, compared to the conventional coal-fired and electric irons.

The cost of ironing using LPG-fuelled iron box would work out to 50 paise per cloth as against one rupee using charcoal iron box and three rupees for electric iron, IOC Executive Director, TN, R Sitharthan has said in a press note.

Priced at Rs 7,000 per unit, the LPG-fuelled iron box would also cut down on the preparatory and cleaning time by up to two hours as compared to charcoal-based iron, he claimed. Costing around Rs 400 for gas, the rise in productivity will result in an increase in profitability, Sitharthan said. The gas-fitted iron box is eco-friendly, economical and has no side-effects. 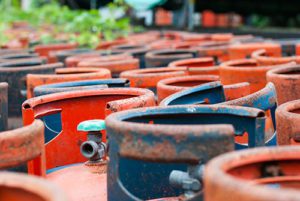 In another media release, a pressman in Coimbatore, who has switched to gas-fitted iron box has been quoted as saying that “There was always a fear that fire pieces or ash may fall on the clothes and damage them. We then started using electric iron box, but there was always a fear of electric shocks. LPG is far more cost-effective and safer fuel for ironing. With just 5kg of gas, we are able to iron more than 800 clothes. Time taken for ironing the clothes is also quite less as compared to other fuels.

Round Table Conference on City Cleaning