Interview with: Mayor AK Premajam, Thiruvananthapuram on a – Cleaning mode

How do you propose to increase the sanitation standards in the city?

In a major move, an electronic public toilet for ladies, the first of its kind in Kerala, was installed last December in Kozhikode and inaugurated by Mayor AK Premajam. Viewing it as a one-stop solution to overcome the hygiene-related issues associated with the maintenance and use of general public toilets, the ombudsman in a suo moto, moved to implement e-toilets for the benefit of the people in Thiruvananthapuram.

While suggesting about eight to nine places in the city for installing e-toilets, it has directed the Corporation to identify more such places in the city. We have identified the locations but some of these areas fall under PWD and the National Highway Authority of India. The Corporation will be holding discussions with the PWD, NHAI as well as to the Road Fund authorities because the area/road where we are planning to install these toilets are handled by these bodies. The fully automated custom-made e-toilet is a pay-and-use toilet which works with the insertion of a coin. It works through a fusion of electrical, mechanical inputs and information technology.

The system opens the door automatically for the user, switches on the light and even directs the user with audio commands. It is programmed for flushing and cleaning after five-ten people visit the toilet. The system can be installed even in the existing toilets but would require technological modifications to convert it into e-toilets. The Corporation has plans to install these e-toilets at crowded junctions like railway stations, Chembannur bus stand and other areas where people are likely to congregate in large numbers. The e-toilet programme is still in the proposal stage and will take another three to four months before the Corporation gets into installing these toilets.

What about the existing toilets?

At present, there are about 15-20 public toilets under the Corporation. These toilets are under PPP maintenance contract. Some of them are being maintained by Sulabh International and the rest have been outsourced to Kudumbashree for maintenance. The Corporation also has a few portable toilets which are used during public gatherings at the Corporation grounds or at huge congregation and political meetings. The portable toilets are fabricated and made of high-quality plastic and galavanised sheets.

What about cleaning programmes undertaken by the Corporation?

The Corporation spends र15-20 lakhs every year to conduct its pre-monsoon cleanliness drive which includes cleaning of nullah / drains and fumigation to control mosquito breeding.

Have you implemented door-to-door collection of municipal solid waste?

For the garbage collection, the Corporation uses closed trucks. It has also achieved 70% segregation of waste at the Corporation level. To ensure the success of door-to-door collection of garbage, which is at present being done by the Kudumbasree workers, we are installing the RFID (Radio Frequency Interface Device) tag system at over two lakh households. This is a tracking system whereby with Information System Improvement Plan (ISIP), the Corporation can ensure that the garbage is being collected at each of these two lakh houses.

Each Kudumbashree worker visiting the house would be carrying a hand-held smart-card reader. Once they collect the garbage from the house, they just swipe/show the card reader on to the RFID tag installed outside the house. This is recorded in the computer through the GPS. So if a Kudumbashree worker does not visit the house or collect the garbage, it will immediately reflect on the GPS system. The project is one of its kinds in India. We have already released tender and would be offering contract on the L1 basis. The project will be implemented in two to three months. 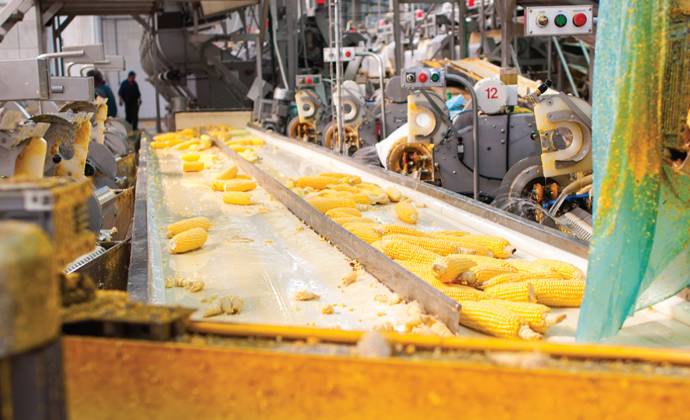