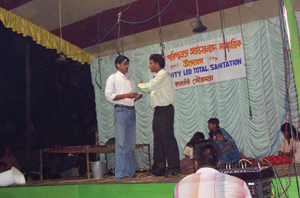 There can hardly be a bigger taboo than sanitation when it comes to the government, bureaucracy or even the people themselves. Nobody wants to know how human waste is disposed off; in many cases, it simply isn’t. However, there is a small but growing band of international and national NGOs and multilateral institutions that’s homing in on the problem.

A speaker at SACOSAN put the issue in perspective when he pointed to the paradox that while some 700 million people have cell phones in India, as many as 638 million people have to make do without sanitation. That too when the country is registering near double-digit growth. 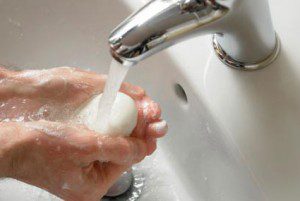 terrible toll on health. As the India Country Paper at SACOSAN is candid enough to admit, it is estimated that one in every 10 deaths in the country is attributable to this lack. Indeed, diarrhoea, which is a preventable disease, is the biggest killer (more than tuberculosis, contrary to the public perception), accounting for one in every 20 deaths. In 2006, it is believed to have caused 450,000 deaths, of which nearly 90% were of children under five years of age. According to the Water and Sanitation Programme of the World Bank, the adverse economic impact of inadequate sanitation in India in 2006 was in the order of `2.4 lakh crore or $53.8 billion. In per capita terms, this works out to `2,180 per person.

As speaker after speaker at SACOSAN argued, it is not so much the provision of hardware – toilets and taps – as “software” which can make the difference. In other words, it takes political and social solutions to transform the sector, more than the conventional development approach. Thus, in Maharashtra, as a state government official pointed out, there is now a law which debars anyone who does not have a toilet from contesting gram panchayat elections in future. Such “naming and shaming”, however provocative it may seem at first, is necessary to galvanise people, particularly in rural areas. As of July 2010, the UN has recognised safe water and sanitation as a human right. Countries should take their cue from this.

Before SACOSAN, the London-based international NGO WaterAid, in collaboration with other partners, brought out a “Traffic Lights” score sheet for India’s progress on sanitation, using the colours at traffic signals. This was based on the perceptions of NGOs working in the sector. Thus, green indicates that more can be done, yellow that progress is not what it should be, while red indicates that there are roadblocks ahead. Most of India’s indicators received a green signal, though the scorers were liberal – perhaps afraid of stepping on the toes of the biggest country in South Asia! – in altering some red scores to yellow. On the all-important issue of whether the Indian government has initiated any steps after the Delhi SACOSAN on including the right to water and sanitation in the Constitution, India received a yellow. It has signed the UN resolution to this effect, while a working sub-group on drinking water and sanitation for the 12th Five-Year Plan is giving its recommendations on the issue. On whether any special moves have been made to reach the unserved – particularly vulnerable sections like women, socially and economically deprived people – India again gets a yellow light.

Several speakers referred to the omission of the innovative approach towards achieving goals known as “Community-Led Total Sanitation”. The approach resembles a street play, to some extent. “Conscientisers” visit a village and ask those who are present to gather in an open area. Usually, since the men are at work in the fields, it is the women who assemble. They are then asked to draw the outline of the village with a stick on the bare ground. This causes considerable excitement and debate among the instant cartographers.

Next, they are asked to indicate where their houses are, using a pinch of white powder, which is provided. There is more merriment among the villagers who try and locate their dwellings on the ground. Then, the CLTS person pulls out a bottle of yellow turmeric powder, and asks the women to indicate on the map where in the village they defecate. Obviously, there is a great deal of resistance to this move and the women have to be cajoled into cooperating. They are asked to mark where their children defecate when they have diarrhoea, which is obviously closer to their dwellings as the children are unable to walk the distance. The CLTS person then asks for a glass of water, into which he drops a pinch of turmeric powder and offers it to anyone to drink. Having associated the powder with excrement, there are no takers. The conscientiser tells them that this is actually what they drink every day of their lives, since they are defecating near water sources close to their villages. The message quickly sinks in.

At a national level, India would do well to study how Bangladesh has been able to take bigger strides in the sanitation sector, given that Sri Lanka is far ahead in its human development indices. It has to do with greater mobilisation of communities, and, not least, women’s empowerment. That should be a sobering thought for this country, considering it thinks of Bangladesh as something of a basket case.