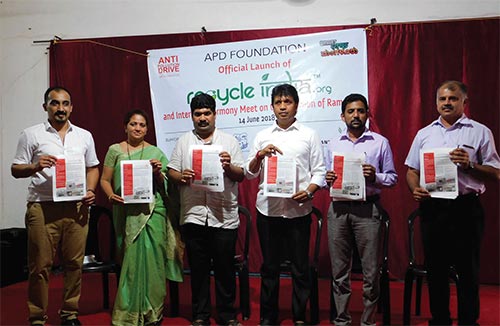 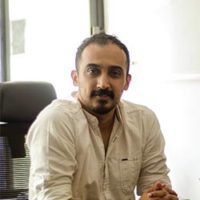 How did the city of Mangalore prevail over the problem of waste and air pollution? Abdullah A Rehman, Founder & CEO of Anti-Pollution Drive Foundation, Dakshina Kannada, Karnataka, Indian Government Relations speaks about the successful initiatives taken by his team that has contributed to Mangaluru winning the Best Solid Waste Management City Award.

Mangalore has been ranked as the best city in solid waste management under the Swacch Survekshan initiative of the central government. But in terms of waste segregation, we have hardly reached any milestone and we have much to do in the segment,” says Abdullah. 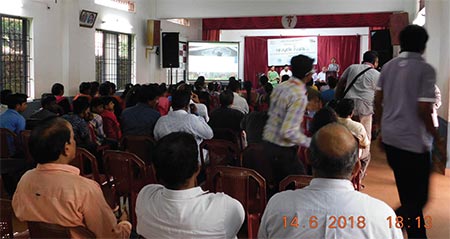 “It is a struggle to create awareness.” The Anti-Pollution Drive Foundation (APDF) set out to create awareness in June 2016 by conducting segregation programmes which would last for three to four months. “We used to conduct 15 such awareness programmes every month in malls, parks, schools and colleges.” The Builders Association of India too played a role by holding APDF’s hands.

All this did require planning based on research and hard facts. APDF built an approach where it bifurcated 10 types of waste generators from office buildings, residential apartments, malls, market places and marriage halls among others. A tool kit was prepared and it acted as a manual which simplified the process. The manual laid down the step-by-step process to practice segregation. This was quite effective and as statistics reveals, at least 17-20% of the waste generated gets segregated.

Creating awareness amongst the public on ways and methods to adopt to control the increasing level of pollution is the base of all programmes to achieve successful Waste Management. 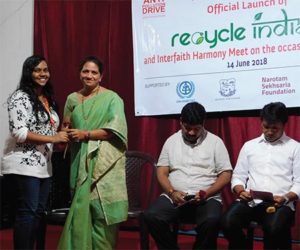 A comprehensive website for providing the correct information to the public regarding handling waste in a scientific and sustainable manner. It gives ready reference on 200+ waste materials along with connecting the people to the local recycling centres in the city. Though this website is presently Mangalore centric, in the future this website can be scaled up state wide and then nationwide.

‘RECYCLEINDIA.ORG’ has been was developed on the basis of an award from UN-Habitat and Narotam Sekharia Foundation, Mumbai. It is based on APD’s experience gained over the past two years in aggressively undertaking awareness and behavioural change programmes regarding waste segregation in the city. The website provides knowledge about waste segregation and keeping environment clean.

APD runs campaigns by educating students and presenting them at schools and other institutes. It aims to create a model for a reduced haphazard lifestyle, and to form a trend of sustainability mindedness in people. One of the core steps which are being undertaken to curb pollution is Waste Management Techniques, along with Mangaluru City Corporation and Antony Waste Handling Cell Pvt. Ltd. The concept of Reduce-Reuse-Recycle is the key to build a sustainable environment.

“Not all waste is trash, we believe 70% of the waste can be recycled. With a creative mind, we can find gold even in waste, for example reusing old clothes, jars, bottles, covers. We have a website called RECYCYLEINDIA.ORG, and these will help recycle all your trash to usable items,” says Abdullah A. Rehman. Try to save water and avoid unnecessary usage and wastage of it. Using public transport more often is such a great way to save the environment, one car less on the road is the key to lesser pollution in the air. Ensure when you are not using your electrical appliances the switches are turned off. These are some initiatives that can be taken at the individual level. In a recent study it has been found that only 30% people engage themselves in the door to door collection activity of waste, and 70% of people do not segregate their dry and wet waste, despite knowing its importance.

“Together, we can make a difference, and this has to begin from every individual for an entire society, community and even the future generation to reap its benefits in the long run.”

In Karnataka, 60% of the pollution comes from vehicles. Smoke-emitting, unmaintained and old vehicles, are the largest contributor. Several campaigns from all three angles were launched, i.e. Awareness, Research and Enforcement.

To emphasise the impact on health of smoke emitting vehicles in Mangalore, a case study was conducted by the foundation wherein the lung function of every outdoor worker would be tested, and the report would be given to the government. The test subjects were the traffic police and rickshaw drivers. About 150 policemen and 510 rickshaw drivers were tested, in which smokers and non-smokers were separated. As per doctor’s reports, 26% of the policemen and 98% of the rickshaw drivAers had respiratory problems. The report submitted to the government resulted in the commencement of health programmes for traffic police and rickshaw drivers.

Another issue was the level of pollutants people were breathing in Mangalore. The city needed an independent air quality monitoring system to get the right number every day, which will help with the air pollution challenge. Abdullah’s foundation launched a project called “Shudd Gaali” where they engaged in sampling of air quality.

Tests were conducted at 12 locations in Mangalore, including schools, houses, commercial areas, market places and parks. The tests showed various results — some areas had reached the borderline, certain areas PM2.5 was too high and certain areas it was normal. 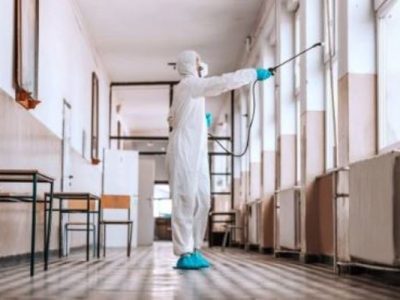 Are Schools Ready to Open?