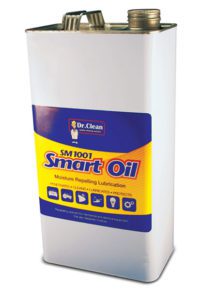 Specially formulated multipurpose anti-rust lubricating oil, boosts a variety of applications in different industries. It is formulated to have a very low surface tension which easily spreads on to the surfaces to penetrate into inaccessible parts of machinery and mechanisms to quickly displace any moisture present and protect against it. After application, the Smart Oil spreads out around the contact surface to form a tough molecular barrier, which consist of corrosion inhibitors that will also prevent electrical short circuits from moistures.