After downing a cup of raw tea and with a wad of strongly scented tobacco leaves and betel nut tucked into one side of her mouth, Kanchan Nayak, 64, would set off to work. Armed with her tools – the steel rim of a bicycle wheel beaten and shaped into a hooked stick; a tin plate; a broom; a bucket; and a bamboo basket, she would walk through the back door of each house to the toilet. Once inside, Kanchan would sprinkle a handful of kitchen ash on to the heap of excreta before scooping the human waste into her bamboo basket with the hook. With the stinking basket resting at her waist, Kanchan would then be off to the next house.

Until 1993, this was a typical day’s work for Kanchan, and thousands of other female manual scavengers, who cleaned dry, or non-flush, toilets of around 80 households each in the 1,020-year-old city of Cuttack, Orissa.

In 1993, the Supreme Court prohibited this inhuman practice through ‘The Employment of Manual Scavengers and Construction of Dry Latrine (Prohibition) Act, 1993’. The Act stated that, “No person shall engage in or employ for or permit to be engaged in or employed by any other person for manually carrying human excreta; or to construct or maintain a dry latrine.” It wasn’t until 1997 that all the dry toilets in the old-style houses of the city were converted to pour or flush toilets and manual night soil lifting was completely done away with. For this, the CMC provided a subsidy of 5,000 (US$1= 48.7) as an incentive to house owners.

A comprehensive rehabilitation plan was then put into action; today six large slums within the city house the majority of the retrenched manual scavenger families. Each slum is equipped with water supply and a primary school. All the manual scavengers have been given jobs, with the women joining the sweepers’ force; the men lifting, transporting and dumping the city’s solid waste.

However, life is no better for the women. At the Rajabagicha Harijan Sahi (colony) – which last year dropped the word ‘Harijan’ to re-christen itself as ‘Sweeper Sahi’ – Ruka Dei, a widow, is the sole earning member of a family of six, which is the average family size here. Ruka looks almost 70, but has not retired yet.

The general condition in the colony is abysmal: Gambling and drinking are “rampant that most families are deep in debt. The women bear the brunt of this as the sole bread earners. They often find themselves at the receiving end of domestic violence.

In May 2008, the CMC conducted ‘The survey of manual scavengers & their dependents for rehabilitation under SESRMS’ (Self Employment Scheme for Rehabilitation of Manual Scavengers). It has identified 2,680 manual scavengers’ dependents, out of whom 1,624 will be sponsored with bank loans of 25,000 (of which 50% is subsidised by the government) to start small enterprises, such as betel shops and cycle repair shops, reveals Shyam Sundar Sethi, Slum Improvement Officer, CMC. However, given the current recession, banks are circumspect about handing out these unsecured loans.

Kanchan’s son, Basanta, 38, has earlier taken a loan to set up a betel and biscuit shop, catering to the colony residents. Kanchan also runs the shop but still has to supplement the family income by standing in for an absent sweeper. She gets only 20 for a whole day’s work, while the absentee sweeper pockets 30. “One has to do this; 20 is better than nothing,” she sighs. Neither she nor Saraswati, 63, Tuni’s mother, have received their pensions of 700 a year. Reportedly, pensions are received only after six to seven years of retirement. “If you die in between, you lose that too,” rues Tuni, 40, who is a sweeper as well.

Kuni Nayak, 24, took a loan of 3,000 from a loan shark to open a tea and betel shop next to her hut, at the entrance of the colony. She has repaid half the amount but her problems are unlikely to get over any time soon. “My husband steals money from the shop to gamble. If he wins it is his; if he loses, he steals again,” she says.

At work, too, the women are an exploited lot. The CMC has outsourced manual cleaning of the city to private contractors. Women like Tuni who had, as a teenager, done the rounds of manual scavenging with her mother and had eventually ‘inherited’ her job, earn 50 daily to sweep two large residential clusters. “If by chance we fail to remove even one mound of roadside waste, the contractor makes a penal deduction of 20; if we show reluctance to stand in for an absent co-worker and do double the work for the same 50, they tell us to get out,” she recounts.

Earlier, two jobs were assured per family; the father’s went to the son and the mother’s to the daughter. “In the 1970s we got a salary of 300, which increased to 500 and is 3,000 today. We also got two saris, a wash cloth, 24 cakes of soap and body oil from the municipality. The households we served would give us old clothes, vegetables and special delicacies on festive days,” reminisces Sarawati.

“The government did well to ban manual scavenging but with it went our sense of job security. No one except our caste would do this degrading job; it was our strength, in a sense,” laments Ruki. Today, scheduled caste communities migrate from the rural belts of Nayagarh and Daspalla districts and even from Andhra Pradesh to vie for the municipal jobs in Cuttack.

The culture of assured employment, which nullified the importance of education, still continues. Few children from the families of the former manual scavengers have studied beyond primary school – the primary school in the Rajabagicha Sweeper Colony is sparsely attended. Malnutrition among children and women is widespread. 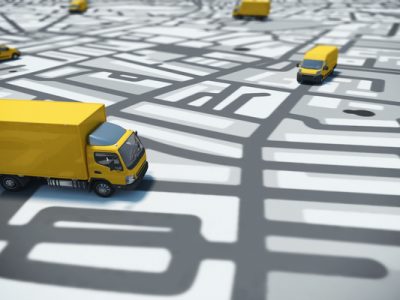 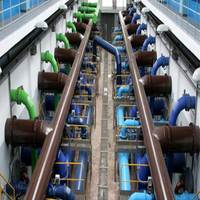