Oil and grease are vital components in commercial kitchen operations. According to a research, the US restaurants produce about 25 billion gallons of used cooking oil every week. There are no official figures about the same in India, but with the size of the food services market estimated at $48 billion in 2013, it can be safely said that the total edible oil consumption by commercial establishments is growing and it directly reflects on the extent of fatty oil and grease released in wastewater. 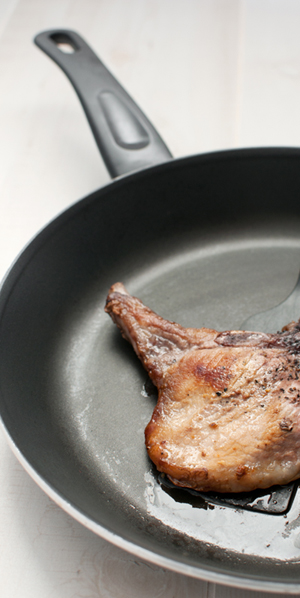 Common wastewater contains trace amount of Fats, Oils, and Grease collectively known as FOG which enter the drainage system, with minuscule quantities getting broken down naturally in the sewer system. But if huge quantities of FOG, usually from commercial or restaurant kitchens enter untreated into the sewerage, it causes damage to the environment. Small quantities of FOG float on the surface of the sewerage before being broken down, but large quantities are viscous in nature. It usually solidifies on cooling and coagulates with other solid waste in the sewer to accumulate on the lining of the pipe.

Why it is important to keep FOG of the sewers

Accumulation of FOG over a period of time causes blockages of sewer pipelines. These blockages interfere with the sewer flow and lead to overflowing manholes and storm water drains. Cleaning up clogged sewers is expensive! FOG accumulation only makes the task harder. And the sewage system is not the only victim of improper management of FOG. The FOG lining can wreck havoc with the drainage system of establishments. The blockages in the sewer lines can cause backflows damaging the property and requiring additional costs for the clean up efforts. The blockages give out foul odour and attract pest and rodents and become breeding grounds for various disease causing organisms. This endangers the safety standards of the establishment. Since FOG is essentially just solidified fat, it constitutes as hazardous waste. It is a huge fire risk and is also damaging to the environment.

How to manage FOG

Concrete steps have to be taken for FOG management. Putting hot water down the drain along with the grease does not help. Grease Traps or Grease interceptors are one of the most popular options in managing FOG. A grease trap, intercepts the FOG and other solid matter from the wastewater in the drainage system before it reaches the sewers. They work on the principle of oil being lighter than water. When kitchen wastewater flows through a grease trap, the grease and oil rise to the surface and are trapped inside the receptacle. It comes in three varieties – small passive grease traps, large pre-cast concrete grease traps, and automatic grease/oils removal systems.

The first two variants are essentially containers that are connected to the plumbing system of the establishment that strain the wastewater for FOG and other solid wastes. Maintenance of these kinds of grease traps are done manually that requires to empty the traps of the collected waste oil. These traps lose their capacity to effectively remove grease from wastewater if filled beyond a point, so constant attention has to be paid to ensure that the trap remains fairly empty.

The enzyme dousing systems make use of Bioaugmentation to treat FOG. Enzymes produced by bacteria helps in breaking down of large quantities of grease caught in the grease trap and when effectively used, can keep grease out of the sewage system. This is the most effective way to ensure proper FOG management.

How to prevent FOG flow into sewers

Instead of managing FOG, efforts have to be made to reduce their flow into the drainage system. Proper training of personnel can ensure that there is minimum amount of FOG to be handled. Instruction on the importance of keeping fats, oil, grease and food waste out of the drainage system should be explained to the personnel. Failure to do the same can lead to expensive clean up operations to unblock the drain.

All the equipment and utensils coming in contact with oil should be dry cleaned with disposable paper towels before being washed. All the sinks should be fitted with strainers that collect solid waste food particles and prevent it from choking the drains. Waste oils should be collected and placed in air tight jars and given to oil recyclers. This method, not only helps in recycling the waste oil, but it is also an environment friendly way of disposing the waste oil.

Technology has advanced to allow the waste oil from deep fryers also known as yellow grease to be used as bio fuel. This technology allows in proper management of FOG and in return provides with valuable bio fuels that can be used to power vehicles. Grease collected in the grease trap is known as brown grease and is generally considered to be unusable and ends up in landfills, but new technological developments indicate that brown grease can be used to generate energy.

These steps ensure that no FOG goes down into the drains and pollutes the sewerage system.

According to the Food Safety and Standards Act of India, food business operators should look after ‘the disposal of sewage and effluents. It should be in conformity with requirements of Factory/Environment Pollution Control Board. Adequate drainage, waste disposal systems and facilities have to be provided and they should be designed and constructed in such manner so that the risk of contaminating food or the potable water supply is eliminated’. This also includes proper disposal of FOG. It should be done not only to comply with the safety standards but to protect the environment.