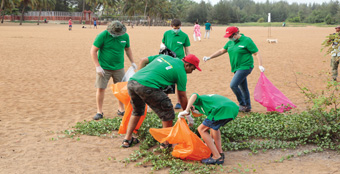 At a time when the amount of waste the world generates is expected to double, President and CEO of the Coca-Cola Company James Quincey has outlined an ambitious goal: a World Without Waste by setting an ambitious target: “to help collect and recycle a bottle or can for every one we sell by 2030”. Recognising that the world’s packaging problem is not detrimental to marine life and coastal communities alone, he has emphasized that the Coca-Cola Company wants “every package to have more than one life”. Shubha Sekhar, Director CSR & Sustainability, India & South West Asia, Coca-Cola, in an exclusive interaction with Clean India Journal, shared the activities engaged in India. 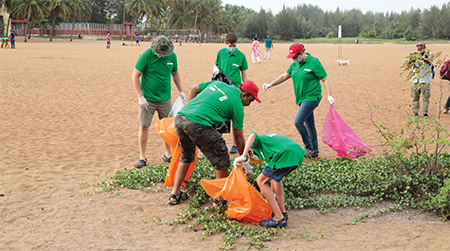 In keeping with the target set the company, Coca- Cola India has wasted no time in launching initiatives to meet the sustainable packaging goals. By liaising with partners across the packaging ecosystem – from bottling suppliers to collection agencies, customers to waste collectors – it is striving to recover PET waste (PET is a type of plastic commonly used for bottling) and channel it to authorised recyclers. This comprehensive approach to waste retrieval and appropriate disposal ensures that from manufacture to recycling, every gap in the packaging chain is sealed. Coca-Cola India refers to these measures as ‘plastic circular economy’ initiatives, signifying that once produced, plastic is reused multiple times, going through the cycle of production to disposal time and again.

One of Coca-Cola India’s macro-level initiatives is to support and scale up the Clean Up Versova Beach Mission. Launched nearly three years ago by Mumbai lawyer and environmentalist Afroz Shah, this citizen- led program mobilises locals to volunteer their time and effort for picking up and collecting trash discarded at, or washed up on Versova Beach. Coca-Cola’s Mumbai team participated in this highly successful operation as part of its ‘Clean Shores’ mission, along with its partner United Way Mumbai. By collaborating with private citizens, corporate entities and local authorities, it intends not only to beautify the sea-face, but also protect the forms of marine life that ingest this waste and perish, thus also protecting higher levels of the food chain.

Over 14 months, the team has collected more than 500 tonnes of dry waste from the beach. Since artificial idols and plastic decorations are major polluters of the ocean during Ganesh Chaturthi, the team has also helped celebrate Greenesha (Greening Ganesha) festivals at five pandals in the area. By sensitising the organisers to proper distribution of waste and recycling of PET, the team hopes to gradually change the plastic footprint of the celebrations. After assessing the impact of these efforts, the marine waste collection drive will be scaled up and expanded to other beaches. 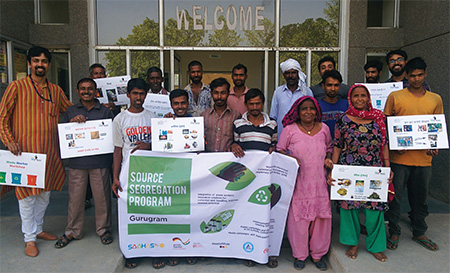 To ramp up recycling, it is imperative to sort waste into recyclable and non-recyclable. While some cities have made it mandatory for all trash producers to do so, execution is often less than satisfactory. In partnership with Gesellschaft für Internationale Zusammenarbeit (GIZ), Tetra Pak and the NGO Saahas, Coca-Cola India is promoting and facilitating segregation of waste at its source: residential and commercial establishments. Under the aegis of Alag Karo, approximately 20,000 households in Gurugram will adopt segregation practices. Moreover, greater than 500 waste pickers will be trained and suitably equipped to handle segregated waste. Since awareness is the prime component of all waste management efforts, knowledgesharing with 50 schools and 50 commercial establishments is also on the cards. Alag Karo is a threeyear project, which is already in its second year.

The importance of creating awareness cannot be overstated.

To broaden the scope of this objective, Coca-Cola India has partnered with the NGO Saahas, started by Wilma Rodrigues in 2000. Working in tandem with the Bruhat Bengaluru Mahanagar Palike (Bengaluru Municipal Corporation), she has worked towards the cause of waste segregation, and has been recognised globally, as well as by Forbes magazine for her work.

Coca-Cola India and Saahas work together on SMS Mission Recycling 2.0, which reaches out to over 5,000 government schools across eight states. The singular aim of this project is to sensitise children and teachers about recycling and reusing plastic. Since children are most impressionable in their formative years, the project aims to seed this idea and inculcate this habit in the younger generation as early as possible.

Started this year, the 12-18 month project will reach out to 11 lakh children and 1.1 lakh teachers and have three phases:

1. Capacity building at the school level among teachers and students.
2. Sensitisation by students of their communities.
3. Self-sustained spread of ideas, without requiring either partner to visit schools repeatedly. 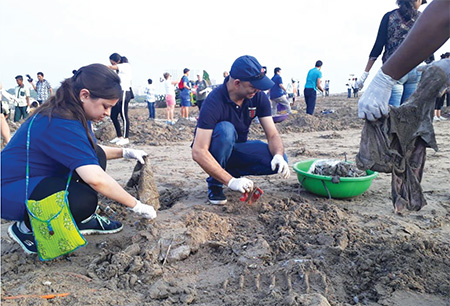 Wilma says that schools are identified according to parameters such as learning levels and extent of existing infrastructure. Teachers use technology to introduce these ideas in the existing curriculum. She says that one of the major challenges of working with government schools is that since teachers and principals are frequently transferred, ensuring smooth, uninterrupted spread of information can be difficult.

Awareness and waste segregation are only two steps of the waste management process, which is incomplete unless followed by appropriate disposal. In partnership with the United Nations Development Programme, Indian Centre for Plastic in the Environment (ICPE) and the NGO Stree Mukti Sangathana, Coca-Cola India has kick-started a recycling project that will be implemented in Mumbai, Goa and Bhopal. Launched on World Environment Day by Coca Cola India’s bottling partner Hindustan Coca-Cola Beverages Limited, it aims to generate value out of used plastic, thereby reducing litter. It consists of the following components:

1. Upgrading of the present infrastructure of ICPE to recycle plastic waste.
2. Waste pickers will be brought under a formal program.
3. Recyclers for all seven types of plastic waste will be identified and tied up with.
4. Collaborations with municipal corporations will be established.
5. Massive awareness programs on waste segregation and plastic recycling will be undertaken.
6. A full-scale technology platform will be implemented to track progress and performance of the project. 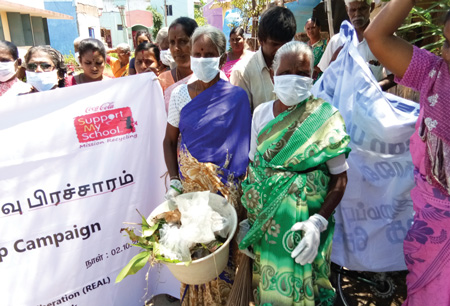 The project will first be piloted in 10 municipal wards of Mumbai and, if successful, can be scaled up by the partners to other locations.

Lastly, in association with the NGO Vanarai, Coca- Cola India has launched an environmental awareness and solid waste management project in Pirangut, Pune. The project has dual objectives: recycling of dry waste, leading up to a selfsustainable model of disposal, as well as converting wet waste into compost. This will channel all waste to its environment-friendly, economically beneficial end.

Coca-Cola’s initiatives cover the whole range of waste disposal, yet close attention has been paid to every part of the process. By orienting its strategies to collect and process packaging waste generated by its own business operations, Coca-Cola India looks set to achieve its goal of a World Without Waste by 2030. 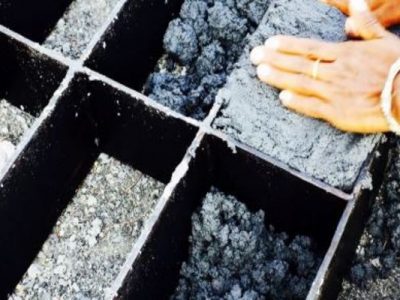 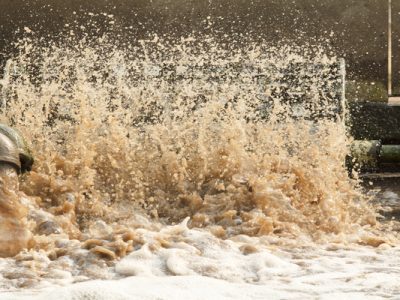 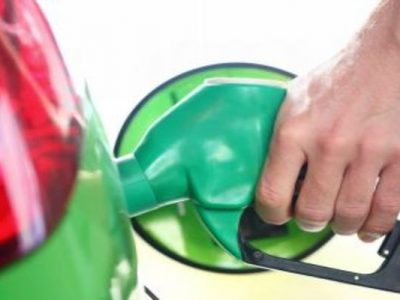