Atlantic Care Chemicals prided itself on launching — for the first time ever — an entire range of chemicals that is environmentalfriendly. Ravichandran L said: “We have removed all inorganic chemicals like persistent organic compounds, volatile organic compounds, halogen derivatives, and parabens, which are cancer-inducing when directly used. It has taken us 10 years of research to achieve this. We have already been recognised by the government as the best company under the sustainable chemical category.”

Contractor said that while fragrances have been more in demand than ever, his company has started avoiding gas or alcohol-based dispensers in favour of eco-friendly diffusers.

Gabriele Natalini, Area Sales Manager- Borghi said that at the moment, his firm was only assembling in India. “However, because of the US-China trade war, many companies are thinking of moving production from China to India. For now, we are only selling entrylevel products, but in the future, if we begin to manufacture here, we will also keep bigger products.”

“In the last year or so, single-disc machines and some scrubber dryers are being manufactured in India. The more we produce, the more affordable they will become. It may take a few more years for markets to mature and accept Indian products,” said Mata.

Sumit Nayak, Director – Impressive 9, announced that in the coming years, his firm would be setting up a manufacturing facility for brushes and soap dispenser in Pune, instead of importing the same. However, Archit Puri, Galileo warned:

“Most customers still usually choose foreign products, since they are associated with better longevity. But this year, 25% of my products are Indian-made. This was not the case even one year ago.”

Debtosh Chatterjee of Mrinmoyee Ltd is a vocal proponent of Make-in-India. He claimed that the import of lobby dustbins, as well as most trolleys and handles had drastically fallen in recent years. Why? “Because Indian products are now competitively priced, and import duties are very high. Plastic chips used to go to China from India as raw material and come back as a finished product. But since the Chinese are not buying, their cost has gown down, bringing down the cost of the product.”

The tides are beginning to turn. Atlantic Care Chemicals is now sending products made domestically to the US and Europe — after having acquired the relevant certifications — under the Made-in-India label. Hitesh Ahire, Head-Sales (India), Zahoransky Moulds & Machines said: “We have been flooded with enquires for those who want to start manufacturing cleaning brushes and brooms; flat brooms and round toilet brushes are particularly in demand for the export market.” 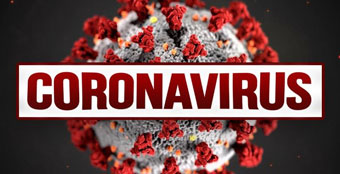 BLOG
Lessons learnt and yet learning