The recent Sant Gadge Maharaj Cleanliness awards given away by the Brihanmumbai Municipal Corporation recognised the good work done by individuals, institutes, ALMs, CBOs, corporate bodies, co-operative housing societies, schools and colleges. At a function held at Nair Hospital on April 18, the winners were felicitated with cash prize, memento/ insignia and certificates.

The Municipal Commissioner, Jairaj Phatak, spoke about Sant Gadge Maharaj movement on cleanliness in the rural areas and how it has been spreading to urban areas. Cleanliness in Mumbai has improved drastically in spite of constant population growth. Additional Municipal Commissioner R. A. Rajeev gave a brief introduction about the whole concept of the award ceremony and also talked about the general waste management and its impact on Mumbai in the last three years. Also present on the occasion were Income Tax Commissioner Ruby Srivastav, Dr Shirsagar’ D.M.C. of Zone -I and Arun Nanda from Mahindra & Mahindra. 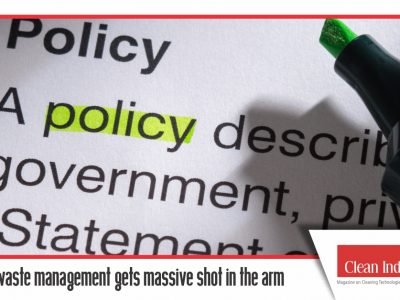 Hyderabad waste management gets massive shot in the arm