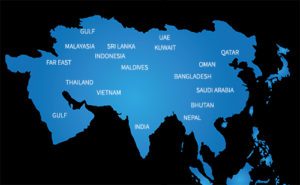 In recent times, perhaps no hotel department has evolved, or has had to evolve as rapidly as housekeeping. From international financial conditions to burgeoning digitisation, an emphasis on Key Performance Indicators to becoming a source of revenue, and of course, the daily challenge of how to retain and manage one’s staff — housekeepers have had many reasons to constantly change with the times. On the sidelines of the International Housekeeping Summit 2019, Mrigank Warrier of Clean India Journal spoke to delegates from various in South Asia, Far East and the Gulf to get a sense of the latest trends, changes and practices in housekeeping. Excerpts

The Middle-East is facing an economic slowdown, which in turn affects its status as an international business hub, while the recent terror attacks in Sri Lanka have marred its reputation as a tourist destination. In both these regions, hotels are encountering lower occupancy, which translates to lower revenues and lesser funds dedicated to housekeeping.

With revenue going down, housekeepers have had to align their expenses accordingly. Akshi Singh, Cluster Director of Housekeeping at IHG Kuwait reveals: “The major hit is on payroll. Manpower has gone down drastically.”

In Sri Lanka, some hotels have closed down a part of their property to control their utilities bills, according to Dhammike Dasanayake – Executive Housekeeping Manager, Galle Face Hotel, Colombo. “Maximum supervision is necessary to control air-conditioning, lighting, water. We have brought costs down to 20%, but maintained standards. Some hotels have discontinued contracted and trainee staff, which in some places constituted as much as 40% of the team. But recently, business has started picking up.”

There are some fixed overheads like supplies and room amenities which simply can’t be cut down on. So, every member of the housekeeping team is made aware of the budget and the curbs it imposes, so that each person can help optimally use the budget.

And since the operations, sales and procurement systems are all interconnected, the management saves much time by accessing real-time data.

Prabhat Shukla – Director of Housekeeping, Intercontinental Doha The City compares this financial stringency to balancing while walking on a tightrope.

Newer hotels attract a young or middle-aged clientele, while older colonial hotels are patronised by the middle-aged and above; different hotels have different things expected of them. Maldivian housekeepers spoke about their culture of pampering and spoiling their guests, and going to any extent to do so.

Adapting to the budget

The direct effect of having a smaller team is that the same person has to do more work. Singh claims that one room attendant now takes care of as many as 24 rooms, instead of 14 to 18. If someone is absent, this number can go up to 30. According to her, these are unheard of numbers in the last 1.5 years.

Speaking about the trend of moving away from providing guests with mineral water in plastic bottles and replacing them with refillable glass bottles, Shukla adds, “It becomes the responsibility of the room attendant to change the water regularly, and also make sure the bottles are periodically sanitised. But this additional task has to be done without any additional staff. Companies want to say they are the happiest company with the happiest employees, but there is also a higher workload for each employee.”

Housekeepers have to be tight-fisted, and maintain tight control over expenses. The monthly expense forecast is now fine-tuned and recalibrated every week. Earlier, housekeepers used to order supplies once a month to save money; now they order weekly. Cleaning supplies and guest supplies cannot be stocked for months; they no longer have that luxury. The positive side of the downturn is that they have become masters of money management. Recycling has also been taken up wherever possible.

This varies from region to region, and within a region too. “Maldives is not that far ahead in terms of digitisation. We are still very paper-intensive, but are trying to move away from this and protect the environment”, said Kavitha Kashiram, Corporate Trainer – Crown and Champa Resorts, Maldives. On the other hand, Imran Mohamed, Executive Housekeeper – Innahura Maldives Resort says that in his property, every room attendant has a mobile phone connected to a digitised system. From regular maintenance to engineering complaints, every task is fed in, and this goes to the control system, where it can be modified. This live system connects all departments; after the task is completed, the respective department updates the task log.

Using this system, the time spent in responding to and servicing the complaint can be recorded.

If a guest complains after his stay is over, a retrospective investigation can be done. And since the operations, sales and procurement systems are all interconnected, the management saves much time by accessing real-time data.

The presence of many international chains in Vietnam has enabled housekeepers to learn digital management techniques from them, shares Nguyen Quang, Chairman – Vietnam Executive Housekeeper Association. Using them, they can respond to customer complaints very quickly.

Bengaluru’s Kempegowda International Airport has moved away from physical checklists. K. Sathyabhama Nair, Head – Service Standards Quality and Training, Bengaluru Airport says that staff members just need to scan a QR code to get their checklist on a palmtop or smartphone. The moment this happens, a supervisor is alerted. “Digitisation has the added advantage of getting a supervisor to actually spend time on the ground”, she added.

Digitisation helps keep services running 24 X 7 in a facility like the airport, which cannot afford to close for maintenance, and reduces the gap between availability of washrooms. Nair added that she plans to bring an instant digital feedback mechanism at each customer touchpoint, for improved services.

Introducing a word of caution, Dasanayake reminds us that digitisation does have a role to play, but one can’t have hotels without the human touch; for guests, it would be like living in an automated bank..

Pamini Hemaprabha, Complex Executive Housekeeper – Mina Seyahi Complex, Dubai tells us that earlier, taking stock of the inventory would take days, but now, with embedded chips and scanning machines, it can be done in minutes.

Earlier, housekeepers were accustomed to guest supply stores, whose supervisor would issue items on a daily basis. Those stores have now been closed down, since finance departments consider stocked supplies as ‘blocked money’. Housekeepers now order directly, as per their needs, and with clear coordination with the finance department about how the supply and expenditure will be distributed over time.

Hotel owners expect housekeepers to serve customers according to the highest standards and within the lowest budget. They now closely monitor how much inventory is sent out; there is an accounting mindset at every level.

All procurement goes through various levels of digital approval; nothing is communicated orally. “Even if I have to order threads for the tailor, it goes through the system,” said Singh. Any order above a certain value needs to be approved by the general manager first; that value has become low in recent times.

Shukla advocates ordering online particularly when the number of items required is small. For example, when he had a British delegation visiting Qatar, he thought it would be nice to have his staff’s waistcoats decorated with the British flag. He was going to get a flag stitched to each uniform, until he found someone online who supplies such waistcoats for cheaper; the consignment arrived quickly too. However, for bigger orders, he says one must rely on someone trustworthy.

Not everyone has the same experience. “Sometimes, sourcing items is a challenge. We have to import everything from France, which takes a long time to come,” complained Mohammed Aslam, Executive Housekeeper, Cheval Blanc – Maldives.

Nair adds that with digitisation of the procurement process, bids are open to any vendor who wants to bid. This makes the whole process transparent.

Pages: 1 2
In recent times, perhaps no hotel department has evolved, or has had to evolve as rapidly as housekeeping. From international financial conditions to burgeoning digitisation, an emphasis on Key Performance Indicators to becoming a source of revenue, and of course, the daily challenge of how to retain and manage one’s staff -- housekeepers have had many reasons to constantly change with the times. On the sidelines of the International Housekeeping Summit 2019, Mrigank Warrier of Clean India Journal spoke to delegates from various in South Asia, Far East and the Gulf to get a sense of the latest trends, changes&hellip;